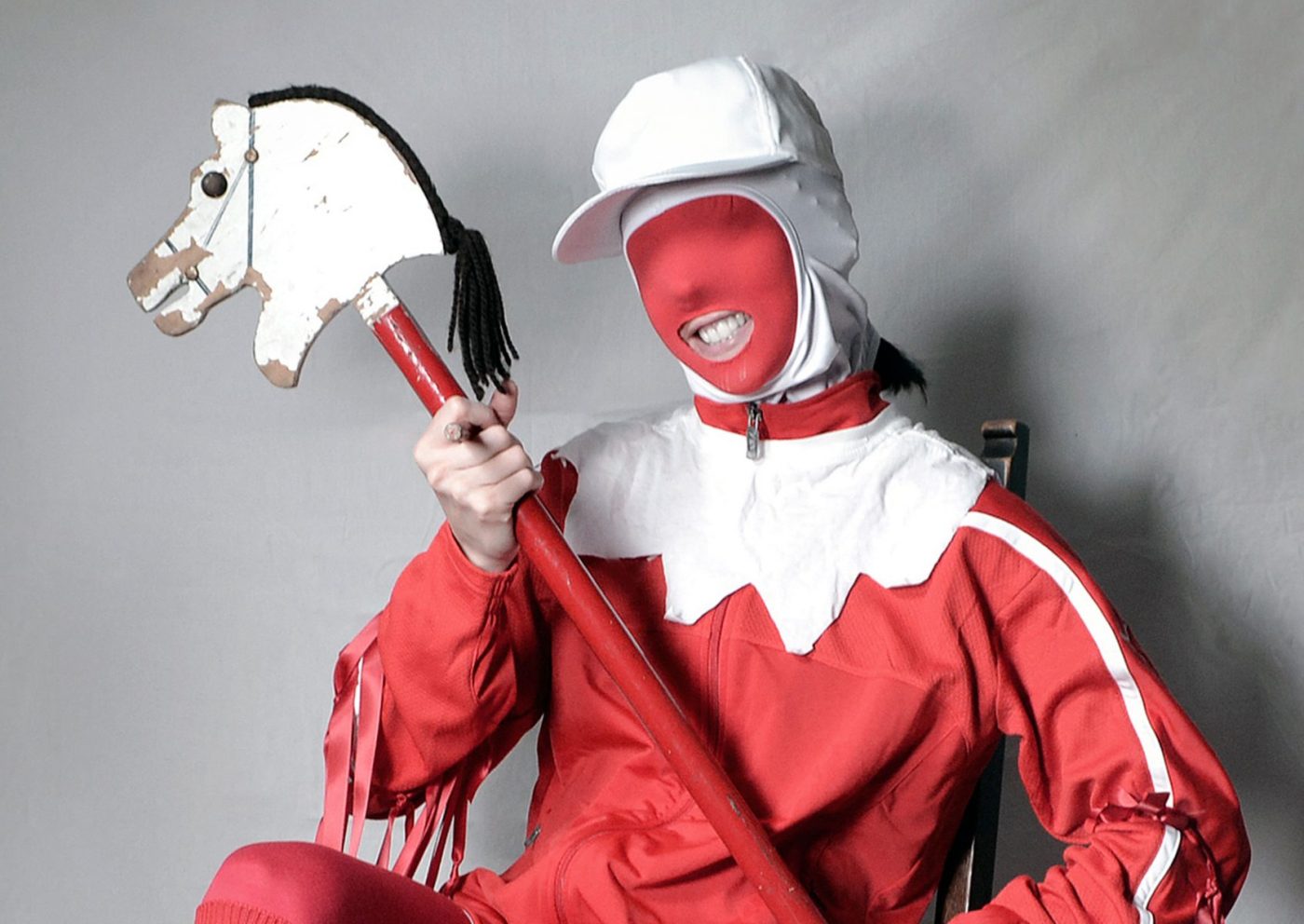 Gazelle Twin is the stage name of Elizabeth Bernholz, a British composer, producer and musician from Brighton, England.

Walling conceived the project when she watched Fever Ray perform at the 2009 Loop Festival. She noted how “her show reminded me how powerful and liberating costume is, and I became interested in the power of disguise”.

Her debut album, The Entire City, was released in July 2011 to critical acclaim. The album includes her two previously recorded singles, “Changelings” (2010) and “I Am Shell I Am Bone” (2011). In 2014 Gazelle Twin released her second album, Unflesh, to further critical praise. In an interview with Guy Mankowski for PopMatters, Bernholz mentioned that in the live shows for Unflesh she would be performing in a version of her PE kit from school, saying she wanted to ‘go back to my teenage years to literally live out the idea of being a freak, like I thought I was (and was often made to feel) at the time.’

Her latest album, ‘Pastoral’ (released on 21 Sep, 2018 solely on Anti-Ghost Moon Ray) was debuted live at Supersonic Festival in 23 June, Birmingham and is currently on tour. The first single from the album, ‘Hobby Horse‘ was released digitally on 22 June, followed by ‘Glory’ on 14 September 2018. The album has received wide critical acclaim by The Quietus, Pitchfork, The Wire, Pop Matters, Electronic Sound Magazine and more.