Contemplative sound and light installation exploring stories from the local populations in the UK and Norway around climate science and migration.

This is a limited capacity free event, and requires a ticket

Leviathan’s Temple takes the shifting currents of the Gulf stream as a starting point for an exploration of social and environmental change in the post-industrial maritime communities of the South West of England and the Arctic reaches of Northern Norway.

Temple
_The flat part of either side of the head between the forehead and the ear.
_A place devoted to or seen as the centre of a particular activity or interest.

Conceived as part of a series of installations invested in creating contemplative places, Leviathan’s Temple is the latest chapter in an ongoing collaborative process by Live|Digital|Design collective. The Whale (a barnacled angel, traversing the globe in its aquatic world) has been documented in mythologies in many cultures and many epoch. Leviathan’s Temple depicts the inside of a whale skull as a conceptual non-space without temporal constraints, presenting the receptive with the time and space free from disquiet, a place for contemplation.

A reclaimed timber structure hangs from the ceiling like a stalactite, shocks of light illuminate the space like synapses firing in the brain matter, moving through the space one will be able to feel the audioscape of ‘whale song’, fractured sonic elements composed to flow together and create an eerie sound, like a song on the wind, muffled then explicit. The light synapses reacting with the audio, reflecting the undulating rhythm within the space. As the shifting shadows play, audio will sooth and discomfort along its journey.

OPENING HOURS
Installation runs daily in The Box at We The Curious, within standard opening hours

CREDITS
Presented in partnership between Submerge and We The Curious.

Charity and venue empowering everyone to ask questions, be playful and test things out. 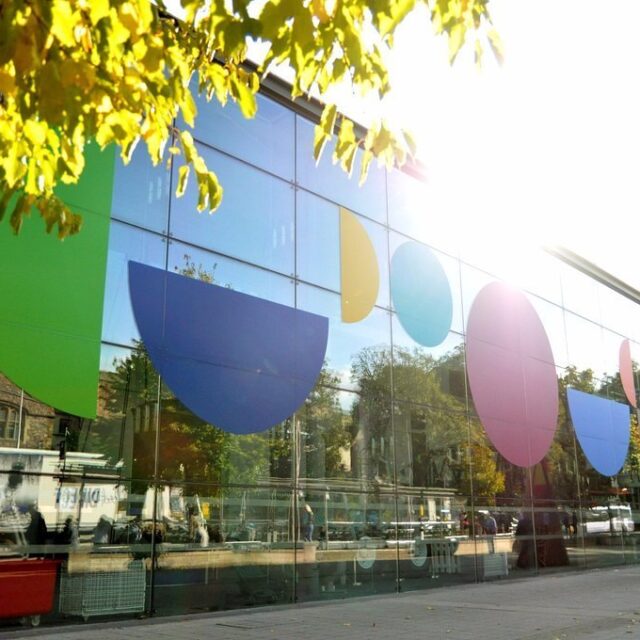 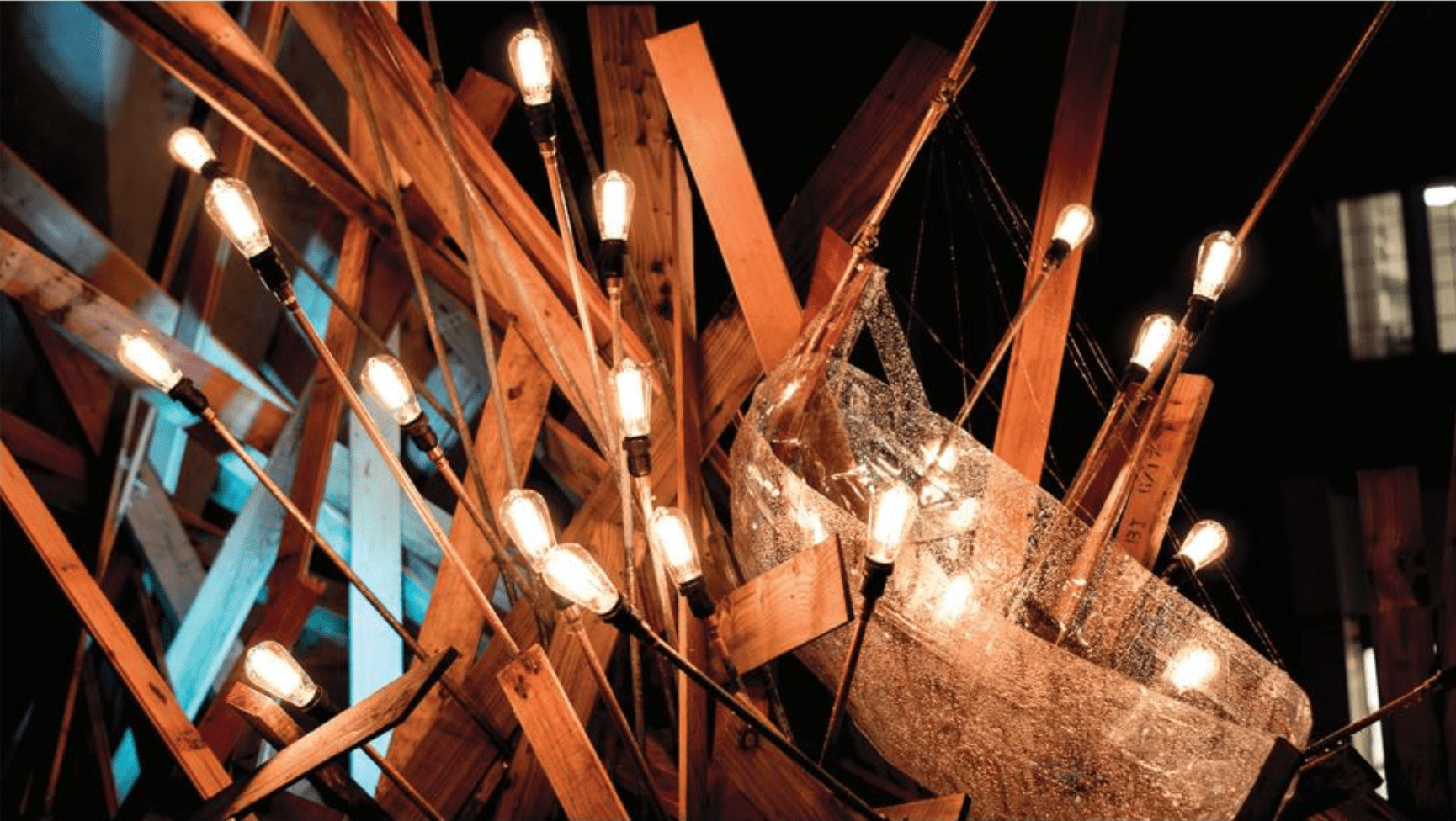