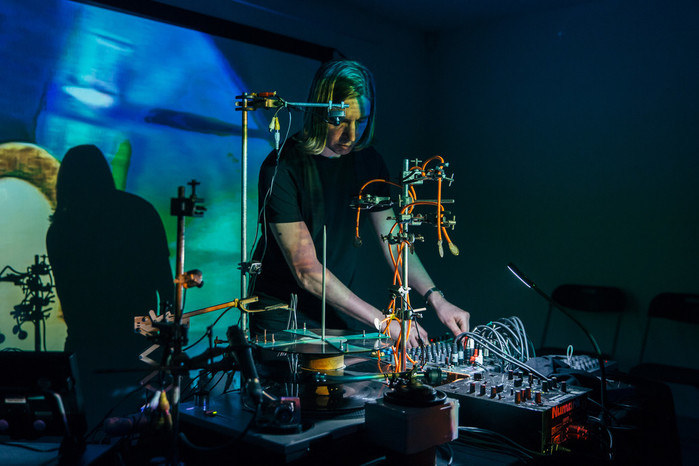 Deep in the warm surrounds of the Loco Klub, artists from around the globe demonstrate a playful approach to noise-making using handmade instruments, mechanical dance machines, wild costumes and custom electronics.

Rian Treanor (DJ Set)
Rian Treanor is an artist and producer based in the North of the UK. His sound practice re-imagines the intersection of club culture, experimental art and computer music, presenting an insightful and compelling musical world of interlocking and fractured components. Drawing upon his study with Lupo at Berlin’s Dubplates & Mastering, plus years spent curating the Enjoy artspace in Leeds, Treanor’s sound uses off centred rhythmic arrangements, referencing the dynamics of garage and techno as much as Fluxus and Dada cut-ups.

AJA (Live)
Noise artist AJA stages some of the most captivating and confrontational performances in the electronic music underground, inviting a reciprocative catharsis between her and the audience. The sonic density in her work borders on the psychedelic, as deep drones are ripped apart by arrhythmic percussion; all the while her stage presence, a mess of fluorescent paint and exposed flesh, create an overwhelming experience. Aggressive but inclusive, AJA “seems intent on destroying all boundaries between herself and the audience….” (Noisey)

Mechanical Techno – Graham Dunning
Graham Dunning is self-taught as an artist and musician having studied neither discipline academically. His live work explores sound as texture, timbre and something tactile, drawing on bedroom production, tinkering and recycling found objects. His Mechanical Techno project is a kinetic celebration of electronic music, which uses stacks of revolving vinyl records to trigger synths and samples. The overall impression is that of a chaotic intimacy rarely found in software-based dance music.

If the trend in recent dance music has been to artfully engineer a certain wonkiness into an otherwise strict digital framework, Dunning has found the appeal of the precise reverse: struggling to maintain grid-like rigidity in a system inherently antagonistic to it. – Wire Magazine, August 2015

Inherently wonky, clumsy and prone to unpredictability, the process is also completely transparent. Physical adjustments lead to real time changes in sound, a live dub to release the ghost in the machine.

The work “Bird Bird, Touch Touch, Sing Sing” celebrates inter-dependency, vulnerability, closeness, disorientation, and trust, as forms of collective decolonial resistance. A quiet coup attempting to displace the structural imbalances, to disorientate geographies, and to find space for silenced narratives. An (auto)reflexive re-evaluation of the unquestionable hierarchy of values imposed unto ​Us​, a living work which attempts to embody extantation – to persist on existing despite conditions that favour its imminent extinction.

In this work, the performers attempt to create another reality – through touching, proximity, and movements, that is not pre-choreographed but created in the moment by the circumstances within the process of creating the sound and by the movements of the performers+audience becoming a collective body – a space of disassociation unloaded with the social constructs associated with the politics of touch found in the modern world and the geography associated with it.  Where to choreograph, compose and perform in this case, goes beyond the narrow confines of artistic concepts and aesthetics, existing in both the space of the ethereal and the space of an immersive installative performance. 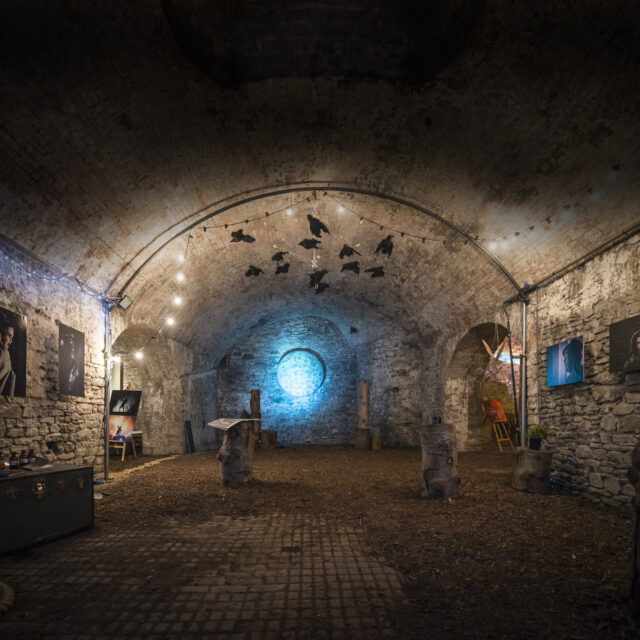 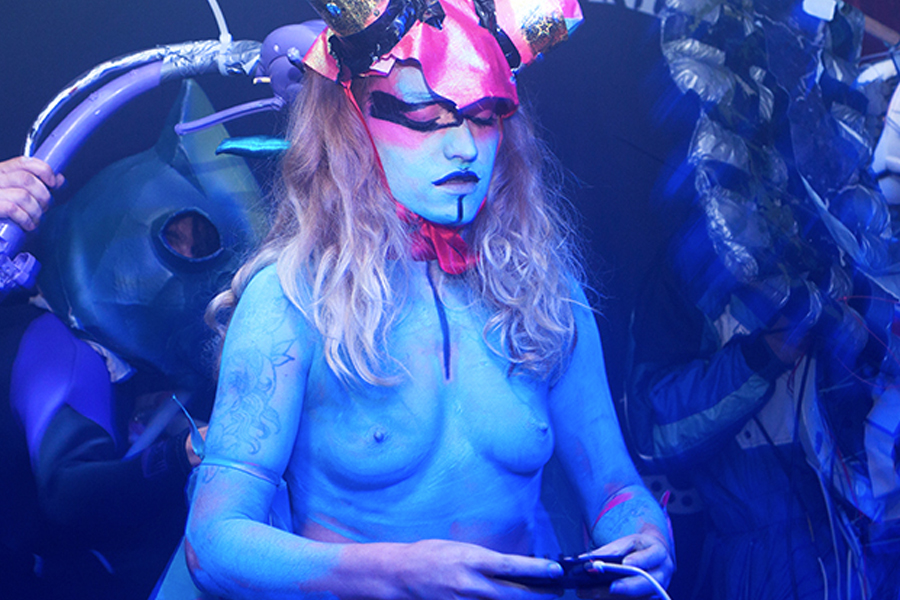 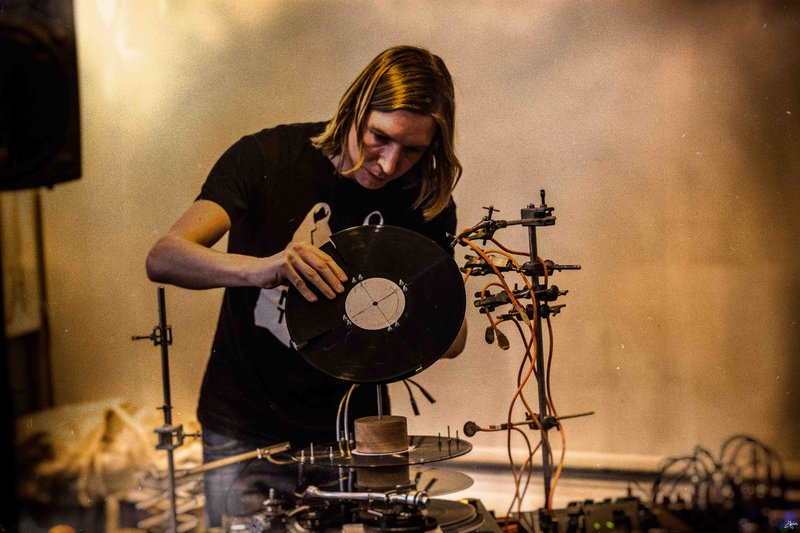 Graham Dunning is an artist and experimental musician based in London, originally from Lancashire. 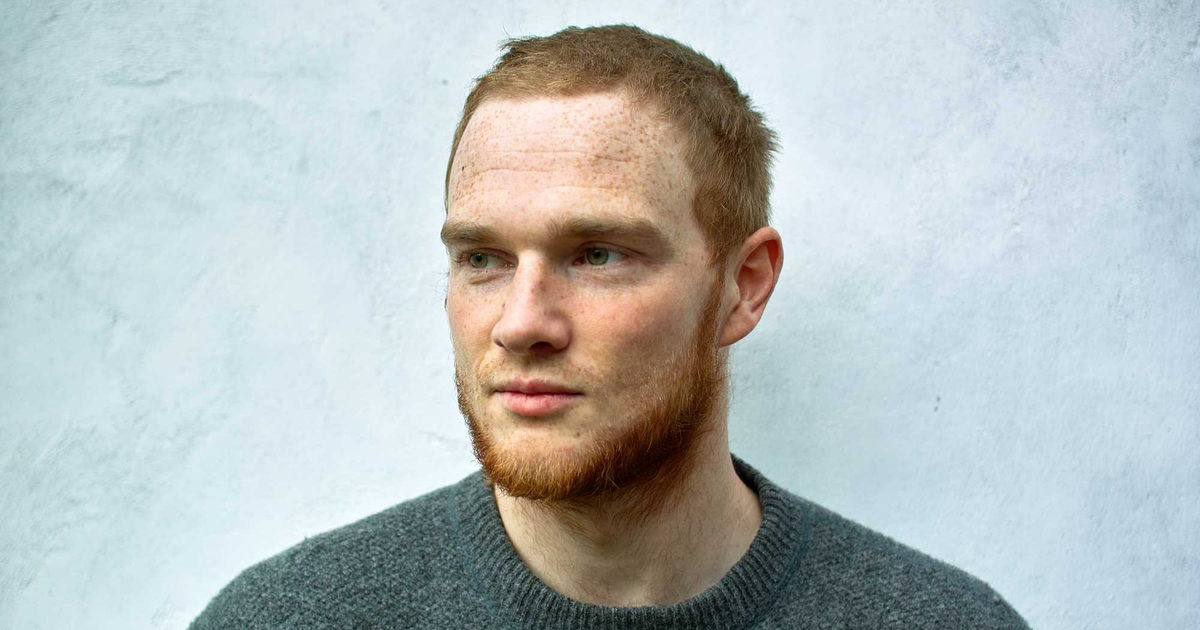 Artist and producer based in the North of the UK whose sound practice re-imagines the intersection of club culture, experimental art and computer music.